Apple results not to be the best of the year. But considering that the new market is crying and they do not currently being offered seems that things do not look so bad. Moreover, the iPad in all its versions i.e. both made by Apple and with particular attention to iPad mini has managed to increase its sales significantly while the iPhone seems to begin to show signs of fatigue in the market. 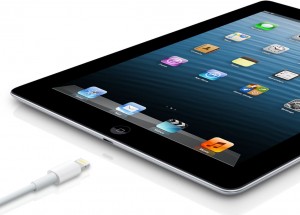 In total, the company has managed to sell around the quarter of 2013, i.e. until March, 19.5 million iPad in their several generations, compared with the same period of the previous year representing a significant increase, since we are talking about nothing less that 65%, which gives them a break now which are accumulated internal problems and battles with vendors who do not comply with the quality criteria.

For the rest of sales, note that the iPad is the best surprises given because the computer field seems to have stalled in part and in terms of the phone has been reduced by the expected demand for the new terminal.

In any case, though economically speaking Apple isn’t in their best times, the total data of the quarter are not bad, and we are talking about total revenue of 43.6 billion dollars and net profit of a total of 9.5 billion.