Current computer processors use metal wires to exchange information with other components, sending and receiving electrical signals moving through them. This has limitations because of the resistance of copper. 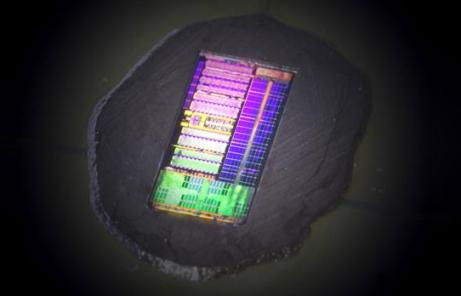 One area that historically promises to solve this problem is the photon: use light to transmit data over optical fiber, but the technology was too complex to be included in a microchip.

Leaders of a project that got underway three American universities (the University of California at Berkeley, the Massachusetts Institute of Technology and the University of Colorado at Boulder) report their progress in the scientific journal Nature and ensure that 2017 will begin testing technology that solves this problem.

They managed to integrate the components that handle light directly into the chip, which they did using standard chip manufacturing techniques, which would integrate this technology to conventional chips without major changes in its manufacturing.

Allowing this technology is, precisely, that chips use light to send and receive information (via optical fiber). This will not make the processors themselves to work more quickly, but it will reduce the time it takes to transmit data and (especially) the time that are not working, waiting it gets more information to process; between 10-50 times faster in the first tests.

This will be very useful in environments where there is an intensive processing of information (data centers of Google or Facebook, for example) is made, which will result in faster responses to the user; also it reduces the amount of energy used to transmit data within a computer.