The company made various tests to implement a function that allows users to purchase products and services platform with a “Buy now” button. 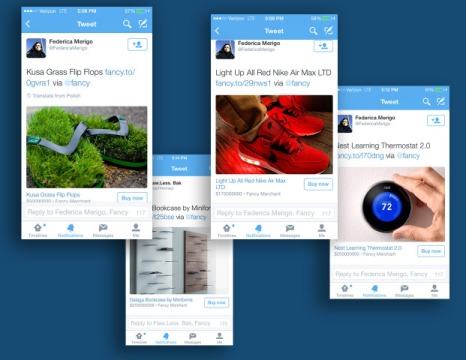 Both Twitter and Fancy made ​​no statements about the development of a system of electronic commerce on the microblogging platform, according to a report from the site of Re/code technology.

However, in May the company announced an agreement with Amazon that allows users to add items or services in the virtual shopping cart in the online retail store.