The profile page of the Twitter users have a visual redesign, which will personalize a photo in the header and highlight the most interesting tweets. The company confirmed this change in a statement posted on its official blog, saying that the new view will be available beginning in a small number of accounts, but will be extended to other users around the world in the coming weeks. 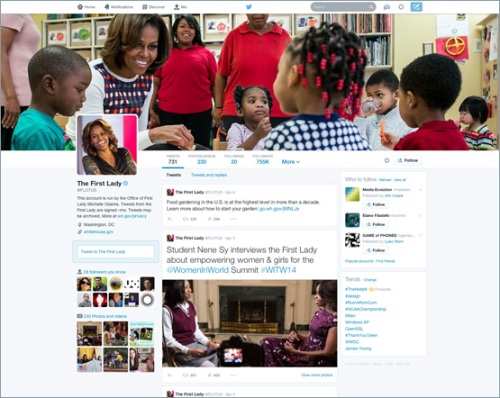 At the time, Twitter has faced many changes in the appearance of its platform in order to reach a wider audience. During these redesigns, the recipe seems to be the same: to have a design similar to Facebook, the world’s largest social network. A custom image in the header of the page and a larger profile picture stands out. In turn, the videos and photos posted are now featured in a gallery of multimedia content.

Among the changes incorporated in this new redesign, users can view publications featured in a slightly larger format. It also can highlight certain tweets at the top of your profile.

In addition, those wishing to see the profile of a user on Twitter may have a number of options that will better filter content, whether for tweets, photos and video or conversations.