The simplest games are, in most cases, the ones that really caught our smartphone or tablet, making it the most re-playable and addictive to be found in mobile devices, focused on puzzles based on everyday situations such as a car parking. Unblock Car brings us this simple but challenging challenge through the digital Bazaar of Android Google Play, being at the top of the most downloaded free apps in the last days. 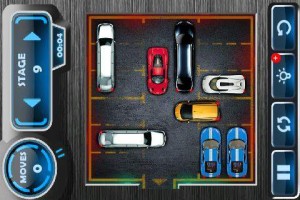 Our goal: pull the vehicle out of parking in a chaotic state, taking our car the worst part of the situation, always to be found in the farthest part of the parking area. In this car park you will find simple from passenger cars to motorcycles or buses, each with certain dimensions and, as you would expect, will occupy a space in the parking lot. We will have access to the movement of all vehicles in each level, in order to take our own car. The number of moves we make and the time takes us determine the final score for each level to solve.

Thus, through simple movements on our touch screen, will move to either side to cross to any vehicle that has room to move. Succession of these moves will result in a clear path for our car, but sometimes not find it at first sight and we have to do tracing their way out with small shifts, opening and closing the step constantly.

The difficulty of the game will not be a problem as it will have different difficulty levels, adapted to any kind of level of challenge. The difference between levels is basically limited in the number of movements to achieve the highest score or more vehicles in the parking lot. Even we can see, in the more advanced levels, some of the cars that we could not move or that its mobility will be very limited, resulting in a more elaborate puzzle.

We will have dozens of levels within reach with this game, with the potential to be updated later, as the developers of games for mobile phones we have become accustomed to. Thanks to the simplicity of the challenge developers can create in a short space of time hundreds of different levels, in its standard version added 2,000 different parking scenarios, among which are distributed to different difficulty levels that has the game.

The game will remind us classical titles full of puzzle or puzzles with a court similar to that you will see in Unblock Car, and its playability and game mechanics, although simple and somewhat monotonous, offer us fun for many hours, especially if we complete all levels with the highest possible score.