The box in which the i.Con Smart Condom is distributed includes a notice that with their purchase are acquiring “the world’s first intelligent condom”; its logo (a condom coated with circuits) helps to reinforce that impression. 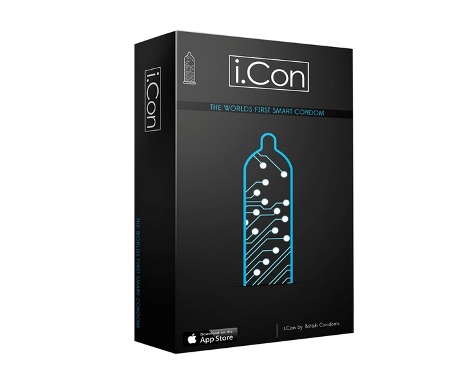 A good marketing strategy, but that is not entirely correct: it is actually a ring that is placed on the condom for a lifetime and helps its user both monitor their activity and genital performance and detect some diseases of Sexual transmission.

Perhaps it would be more correct to say that it is the first wearable for masculine genitals, which is not a small thing.

And, as a good wearable, i.Con Smart Condom will sync via Bluetooth with a mobile app capable of offering us a wide range of data visualization. What kind of data? Obviously, concerning the organ in which it is situated and the way in which it is used:

The manufacturer company (British Condoms) ensures that the privacy of this data is guaranteed… but that the user will be free to share it with friends or with the Internet, if he wishes.

The launch of this device was announced for the first time last July, and is still in pre-sale for almost 60 pounds sterling. The definitive release date remains, however, unknown because the company refuses to take the money from its customers until the product has all the authorizations required for its release to the market.

Once the wearable arrives in our hands, we can load it through a micro-USB port to enjoy between 6 and 8 hours of operation. And it will include a one-year warranty.